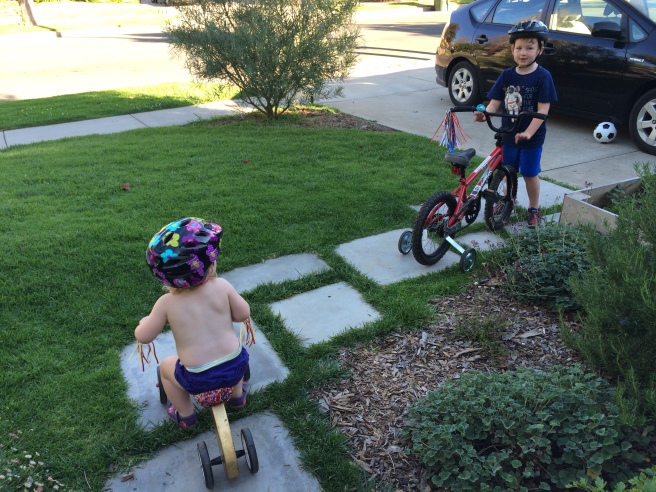 We have a belief that it is good to verbally acknowledge to your child when something happens to them. To repeat what you saw happened and allow them to explain in their own way what they experienced. Sounds heady, but it is not. It has been a very powerful way to be in touch with Lily in her pre-language months.

She loves telling what happened when she has had a boo boo of some kind, and always wants the parent to come see the actual place it occurred and then she acts it out for you. Such as; she hit her head on the corner of a chair, she taps her head and then taps the chair.

Today, I thought it almost comical what she showed me.

She came to me with some dirt on her arms and a little upset, I asked her did she want to show me what happened and she nodded yes. She brought me to the back yard. She went all the way across to the back fence, turned, stopped, looked at me like “are you ready Daddy?”

I said I am ready.

She then ran full speed and tripped face first in a little divot area. She layed their face down in the grass and dirt and I said to her

“Is that what happened?”

From her face down position she nodded yes, got up and moved on. It was priceless.