The hardware store is the most exciting, terrifying, all around fantabulous place on the planet earth for a “leave me alone, don’t touch me, I’ll do what I want and go where I want” seventeen month old human being. 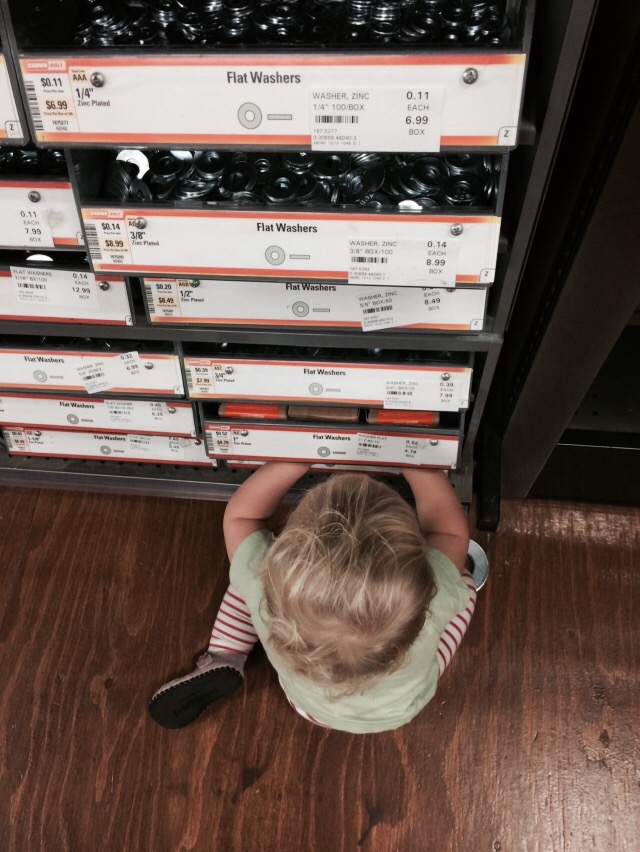 Wow quite a second half.

I am so tired, I can only do the highlights:

Luke starts coughing, I look at him and he is alright, but puzzled. I ask him what happened and he tells me he just swallowed a Lego. It was a small one.

Lilly has been climbing her high chair and getting in by herself, because she does EVERYTHING by herself. Well, today she fell. I did not see it, my back was turned, but the thud and the unmistakable cry of a child that has just fallen. It feels awful for all.

Later it was just a crying, sobbing, and an all out tired race to the finish line. The most amazing thing is that both kids will rally. I mean we had a great supper, then there was still more crying and ootsing and downright bad behavior on all parts (including mine), and everyone is yawning and bleary eyed and still both those little people fight going to sleep. Dont know how, but they do.

Oh well, as mommy says, Tomorrow is a new day.